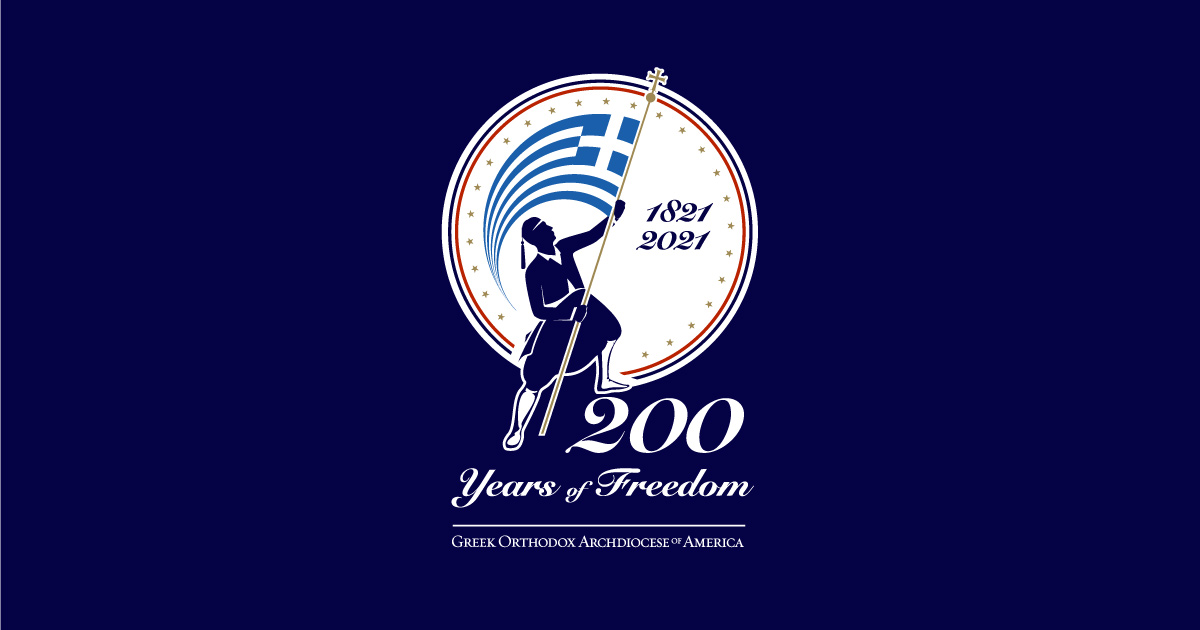 New York, NY - His Eminence Archbishop Elpidophoros of America will preside over commemorations of the Bicentennial of the Greek Revolution of 1821. The event will take place on March 25, 2021 at 1:30 p.m. Eastern Time, and will be live streamed on the Greek Orthodox Archdiocese of America social media channels and also broadcast on TV.

The event will begin with a Doxology, or a service of thanksgiving, presided over by Archbishop Elpidophoros, and will be followed by live musical presentations and videos. George Stephanopoulos, Chief Anchor for ABC News, will serve as Master of Ceremonies and award-winning actor Dennis Boutsikaris will provide narration to videos featuring historical and modern themes on the Revolution of 1821 and its relevance to our modern day.

Among the speakers are Senate Majority Leader Charles Schumer, Congresswoman Dina Titus and Congressman Gus Bilirakis, and the CEO of Pfizer, Albert Bourla. Representing the Greek-American Omogenia will be John Catsimatidis, Vice President of the Archdiocesan Council, and George Horiates, Supreme President of AHEPA.  Also expected to be in attendance are civic leaders including New York City Mayoral Candidate Andrew Yang, NY State Andrew Gounardes and Assemblyman Michael Tanoussis. Also expected are Ambassador of Greece to the U.S. Alexandra Papadopoulou, the Permanent Representative of Greece to the U.N. Maria Theofili, Consul General of Greece in New York Konstantinos Koutras and the Consul General of Cyprus in New York Alexis Phedonos Vadet.

Musical presentations will be made by Karolina Pilou, Principal Artist at The Metropolitan Opera of New York, Stefanos Koroneos, International Baritone and Artistic Director of Teatro Grattacielo, The New York Notables Trio, and the Archdiocesan Byzantine Choir.

In accordance to COVID measures in place during this time in the USA, this celebration is a hybrid event, with both in-person speeches and speeches via video.