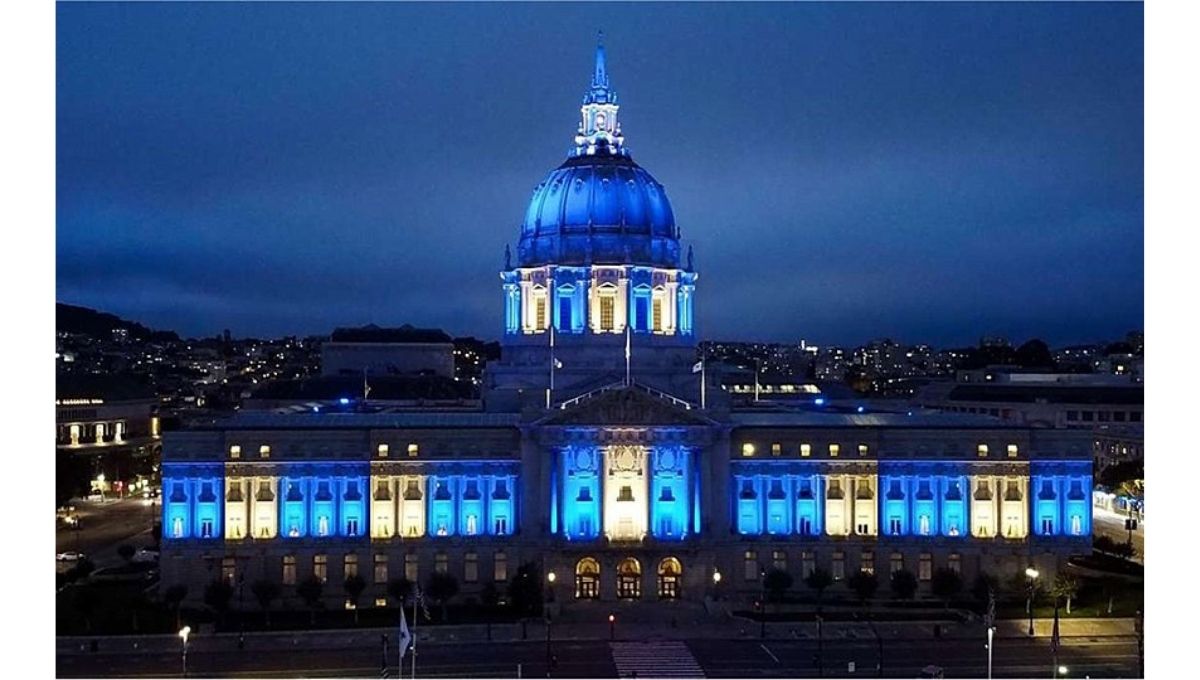 To honor the 200th Anniversary of the 1821 Greek War of Independence, San Francisco City Hall will be illuminated with the colors of the Greek flag on March 25.

“Our Greek community in California is working together in unison to pay tribute to those who stood up to tyranny, sacrificed their lives in the fight against oppression, and bravely liberated Greece from occupation” said UHAS President Taso Zografos. “Hellenes and Philhellenes around the world continue to stand united in defense of freedom and liberty for all.”

In collaboration with the Greek Consulate in San Francisco, UHAS worked with the Office of the Mayor of San Francisco London Breed to have the Greek flag raised on March 25th and to remain flown for five consecutive days during Greek Heritage Week that runs from March 19-28, 2021.

“We appreciate the Mayor’s actions to support the Greek community during this unprecedent time affecting our ability to fully celebrate this important event” said Taso Zografos.

“Now our families will be able to drive down to safely enjoy seeing our Greek flag raised high at City Hall in San Francisco”.

UHAS is currently in discussions to also have the historic landmark Coit Tower and the S.F. Ferry Building to be illuminated in blue and white colors and with the Salesforce Tower to have its top Public Art Light Show to display the Greek flag in lights.

UHAS is a non-profit entity that was first established in 1954 to promote, preserve, and protect Greek culture, heritage, and tradition through strong community relations.

UHAS serves as the lead organization for coordinating the annual Epiphany Blessing of the Waters, Greek Independence Day, and OXI Day events.